OFFICES OF THE YEAR 2017 - CZECH PROMOTION 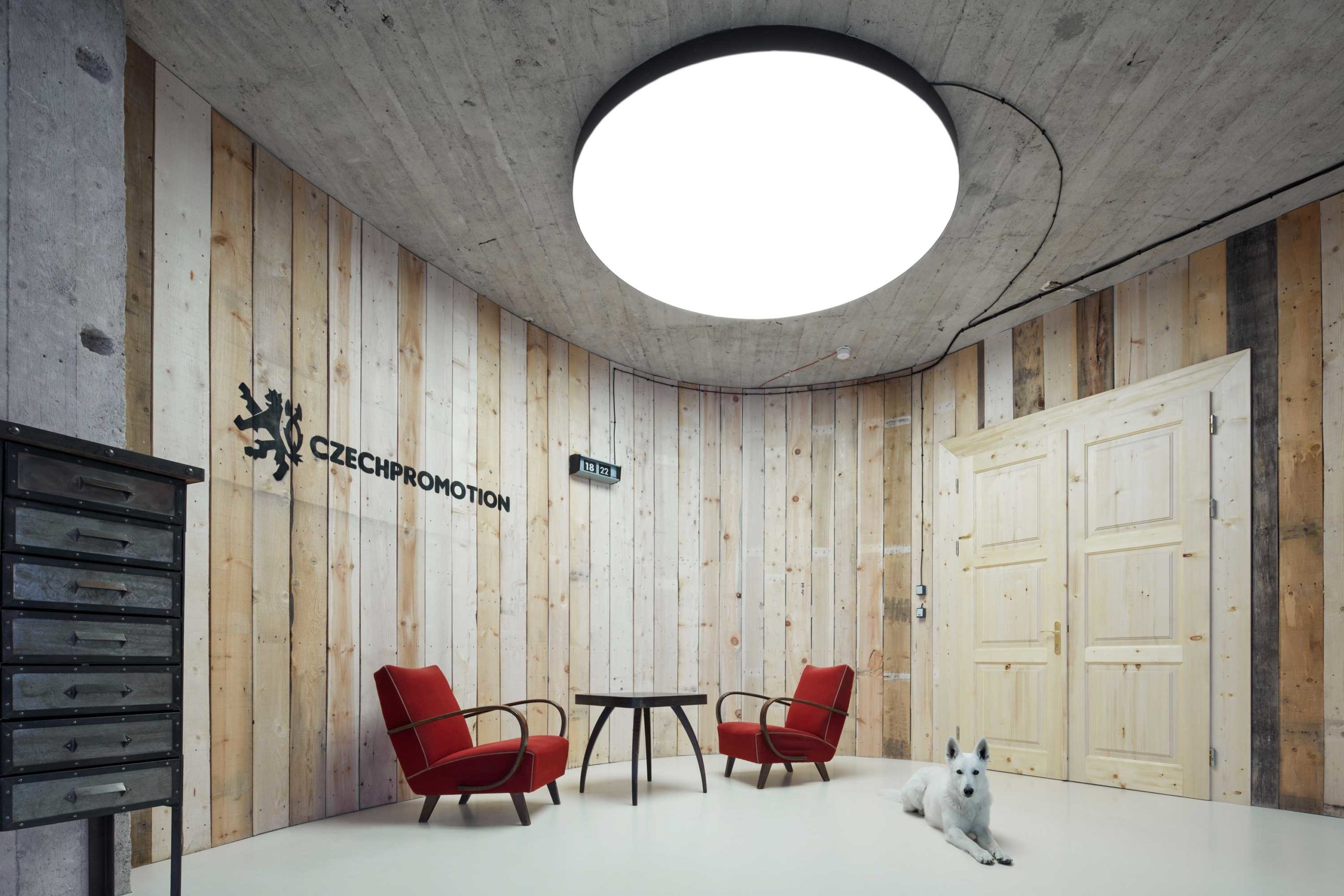 The task to move the Czech Promotion communication agency in a mere three months from the famous Winternitz Villa by Adolf Loos to the unreconstructed premises of Karlín Palace with its own, albeit not as famous, history seemed fatuous, even naïve at first. Yet it was the time pressure which shaped the design itself, as well as the method of collaboration with the client and contractors. Purely a concept specified and defined the start of the process, leading to the overall unified vision, which prevented any subsequent disagreements or delaying discussions over individual parts of the proposal. Therefore, the extremely rapid establishment of absolute trust was required between the two parties. Such an approach was risky, but at the same time intensely motivating to all involved persons. In the first phase of the reconstruction, it was necessary to start with the most radical steps – clearing the existing premises of the sediments of previous modifications. This had to be accomplished without any detailed knowledge of the framework behind the layer of plaster and plasterboard, including the unplanned and uncompromising exposure of the cast ceiling structure. The original builder had obviously not counted on the possibility that some users might enjoy the rough beauty of the bearing structures. Nevertheless, such a solution gave us precious time in the final phase, because we did not have to resolve the masking of technologies, as they could remain open. From the outset, we set out the same approach to all professionals. For example, the complete new electricity distribution system, exposed from switchboards to plugs, enabled electricians to work on the construction until the last day and, to some extent, adjust the project documentation and react flexibly to the surfacing needs.

The design went hand in hand with whatever it was possible to deliver, manufacture and install at the respective time. For this reason, contractors and craftsmen themselves were significantly involved in the design process, and we adjusted and fine-tuned the actual design together. Eventually, everything seen in the reconstructed premises combines the old and functional with the new, smart and, last but not least, Czech. Each of the individual elements has a story to tell and provides an added value. The division of the open space is created by paper tubes that also fulfil the function of storage space, creating the unique identity of the project. The free-standing partitions were installed during the weekend before the Monday opening by employees themselves, with our assistance and coordination. The chosen colour of the polyurethane layer is an ivory dye – the colour which gave Winternitz Villa the title of the “beige princess”. This colour also surfaced in the roller painting used, which in itself was a challenge for the painter to brush up his old skills. Much of the interior furnishing is the result of a demanding search in antique shops, combined with refurbished armchairs, as well as the inclusion of brand new elements from an established Czech manufacturer. The biggest of the tables – a 750 kg item made of oak offcuts – is an example of sophistication blended with exceptional craftsmanship, perfectly emphasising the dignity of the main meeting room. The lighting utilised is largely the output of one of the divisions of the company itself. 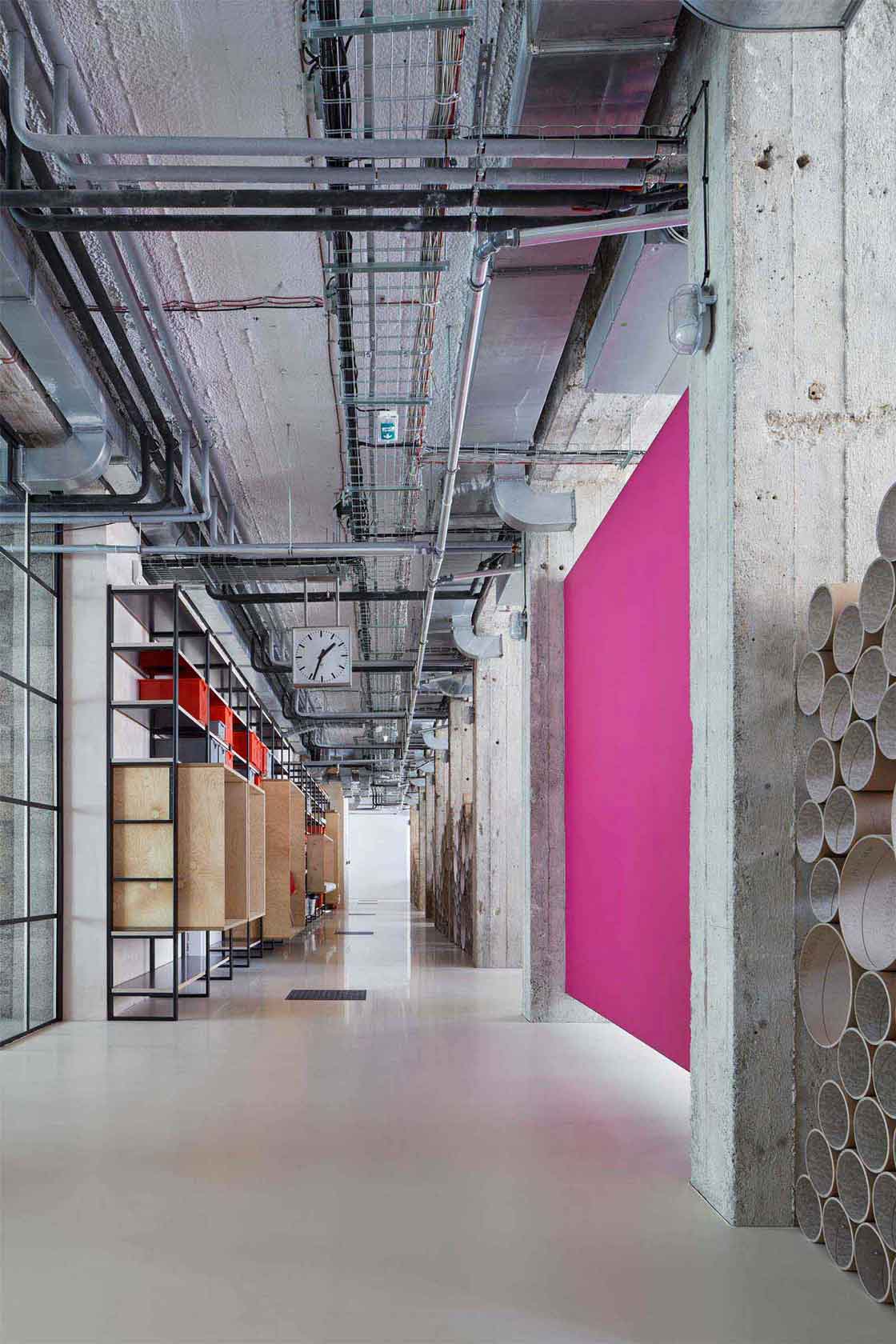 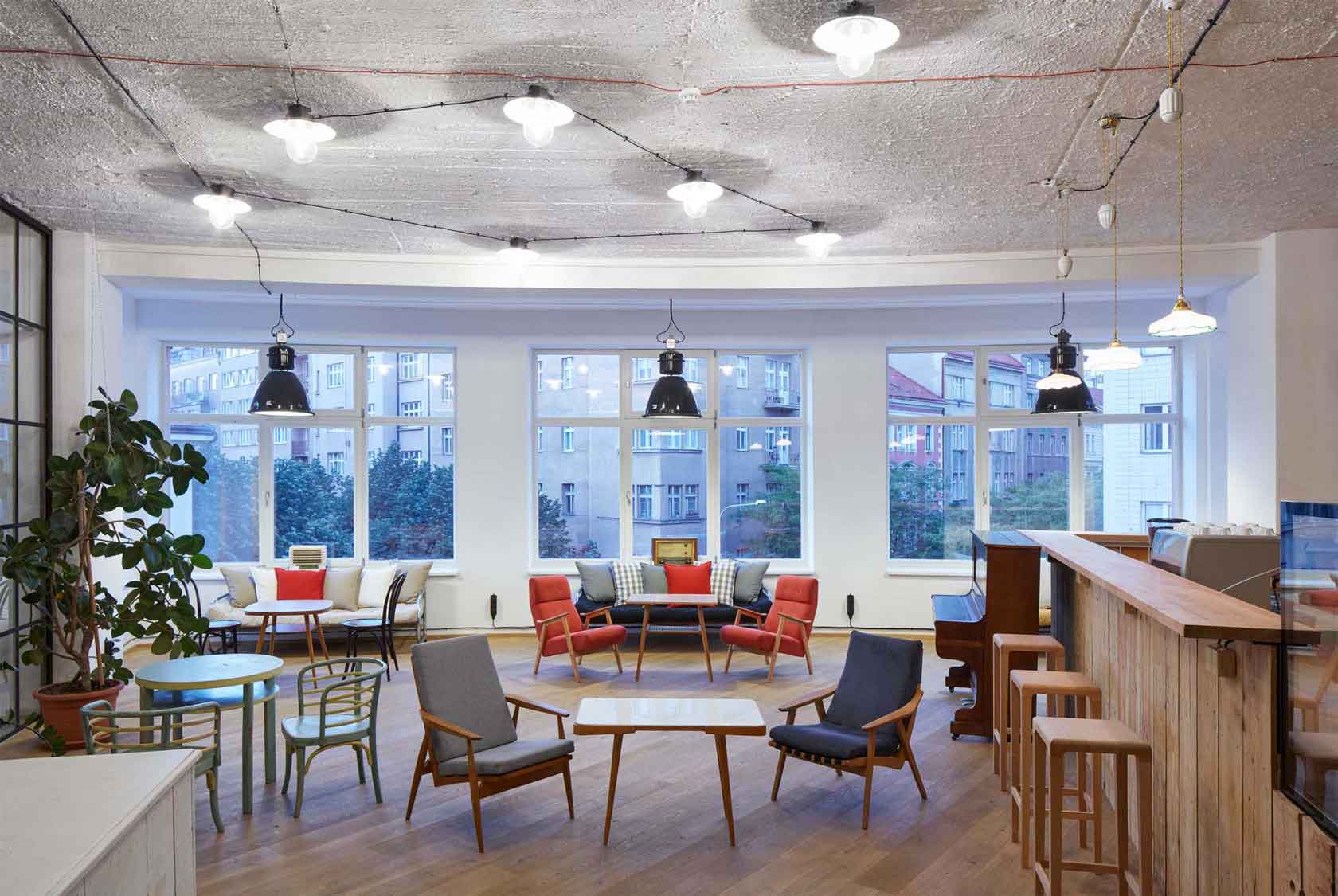 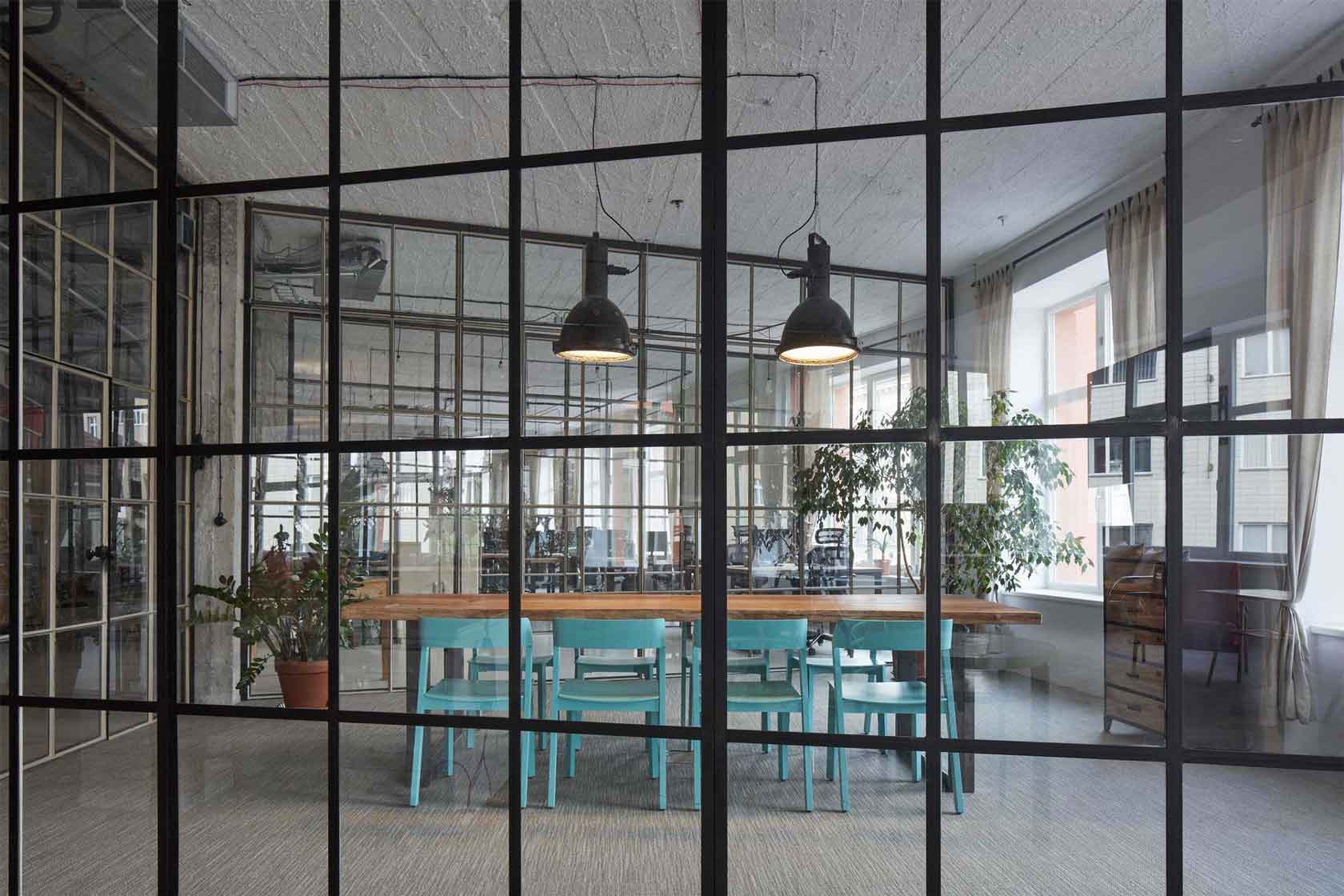 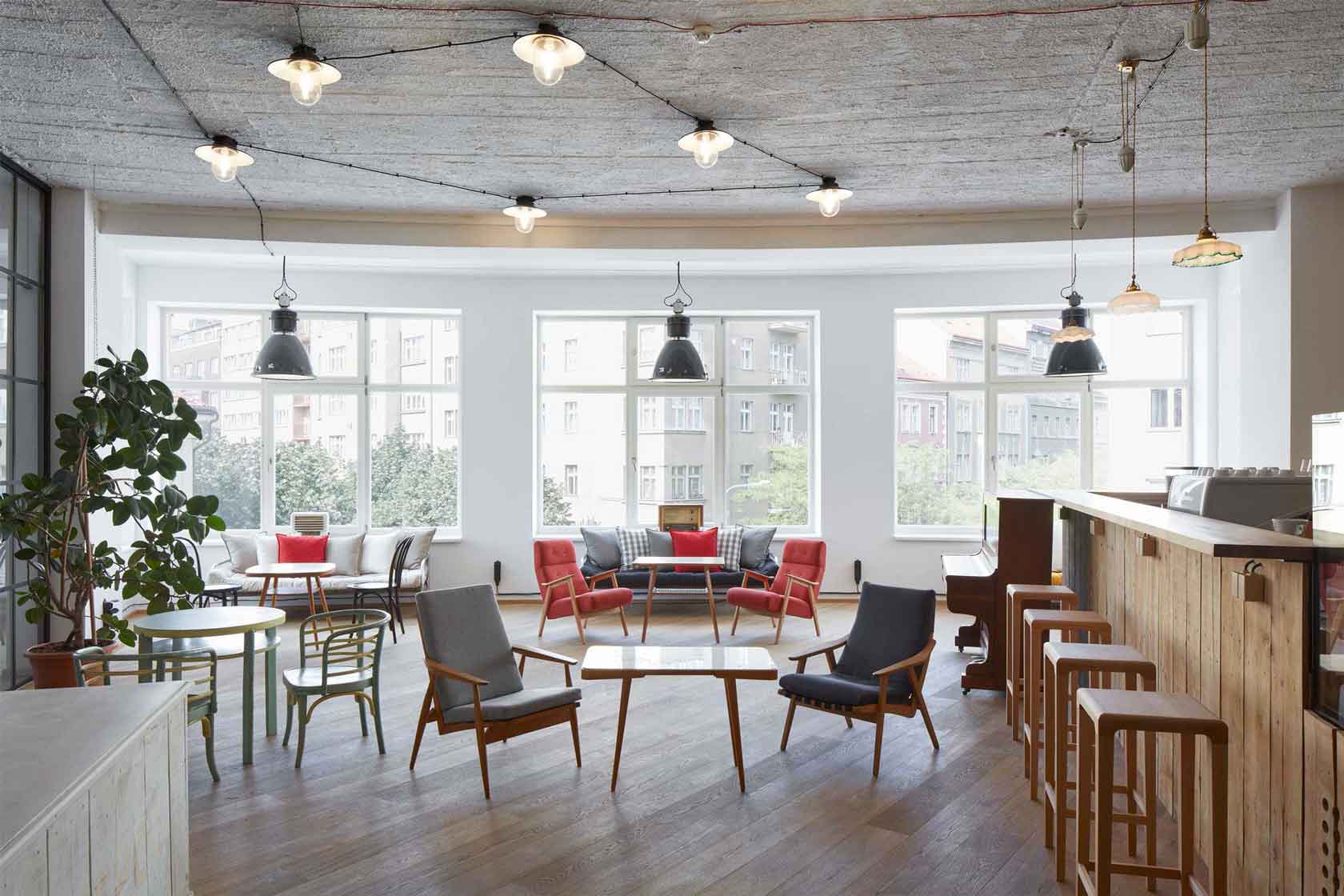 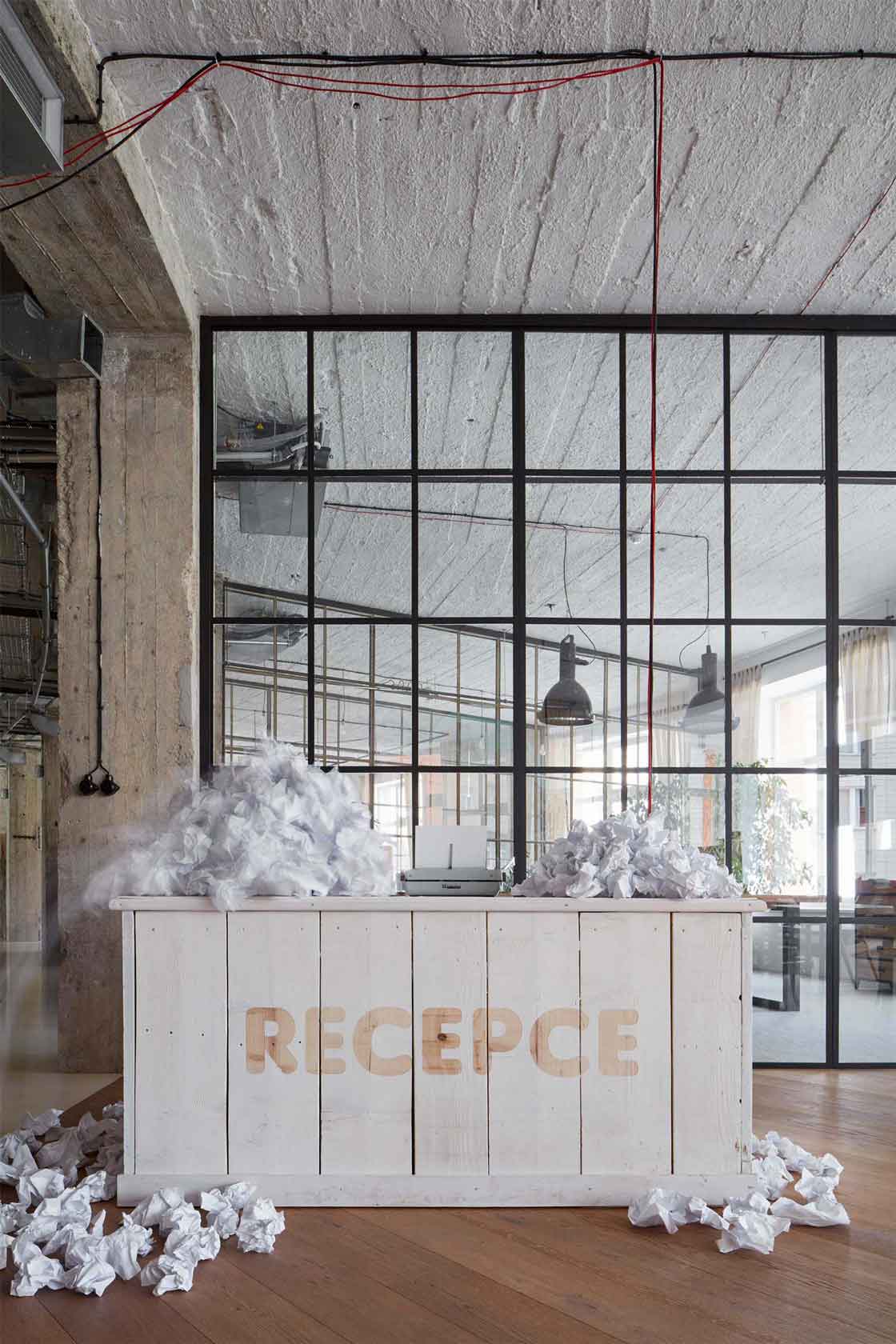 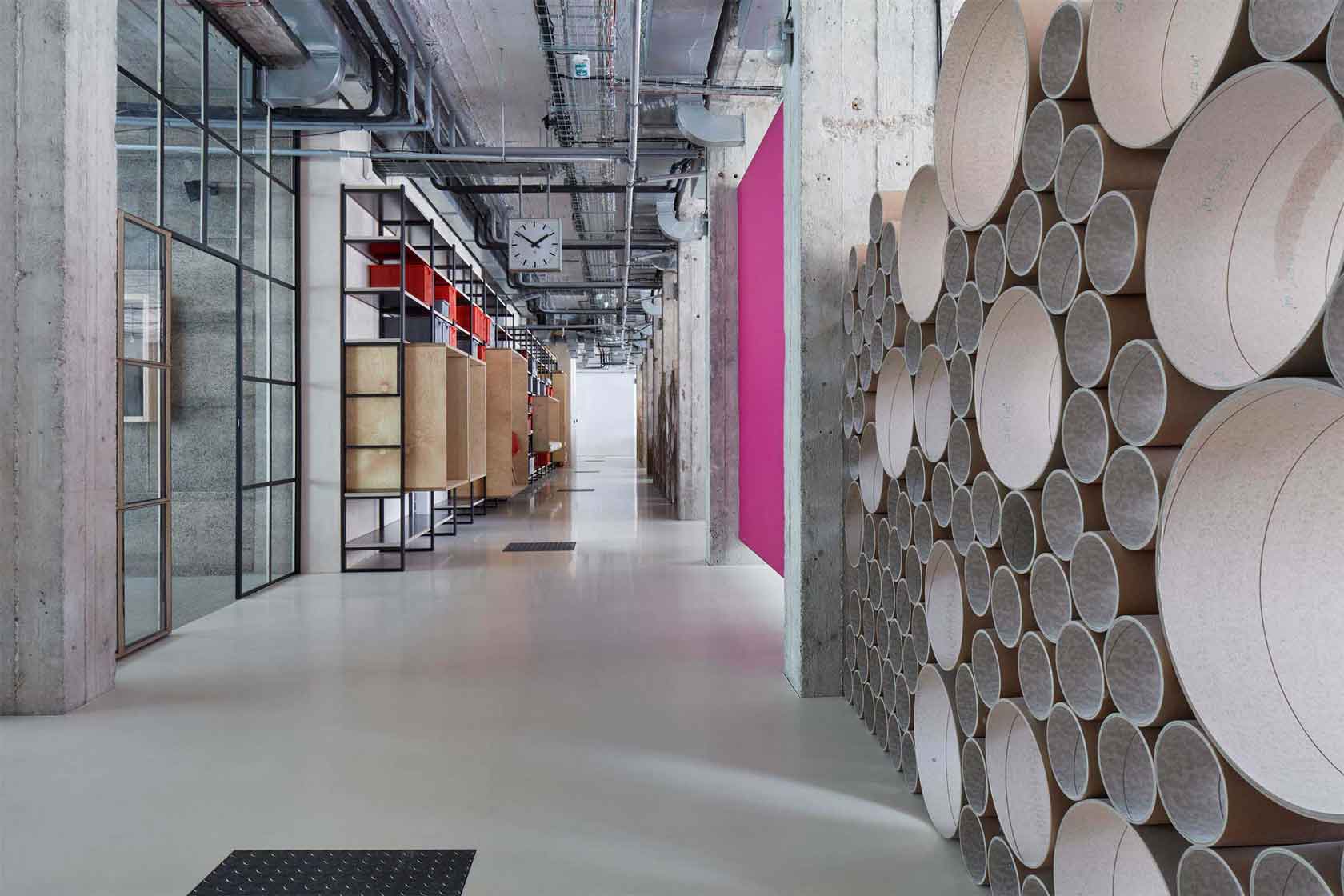 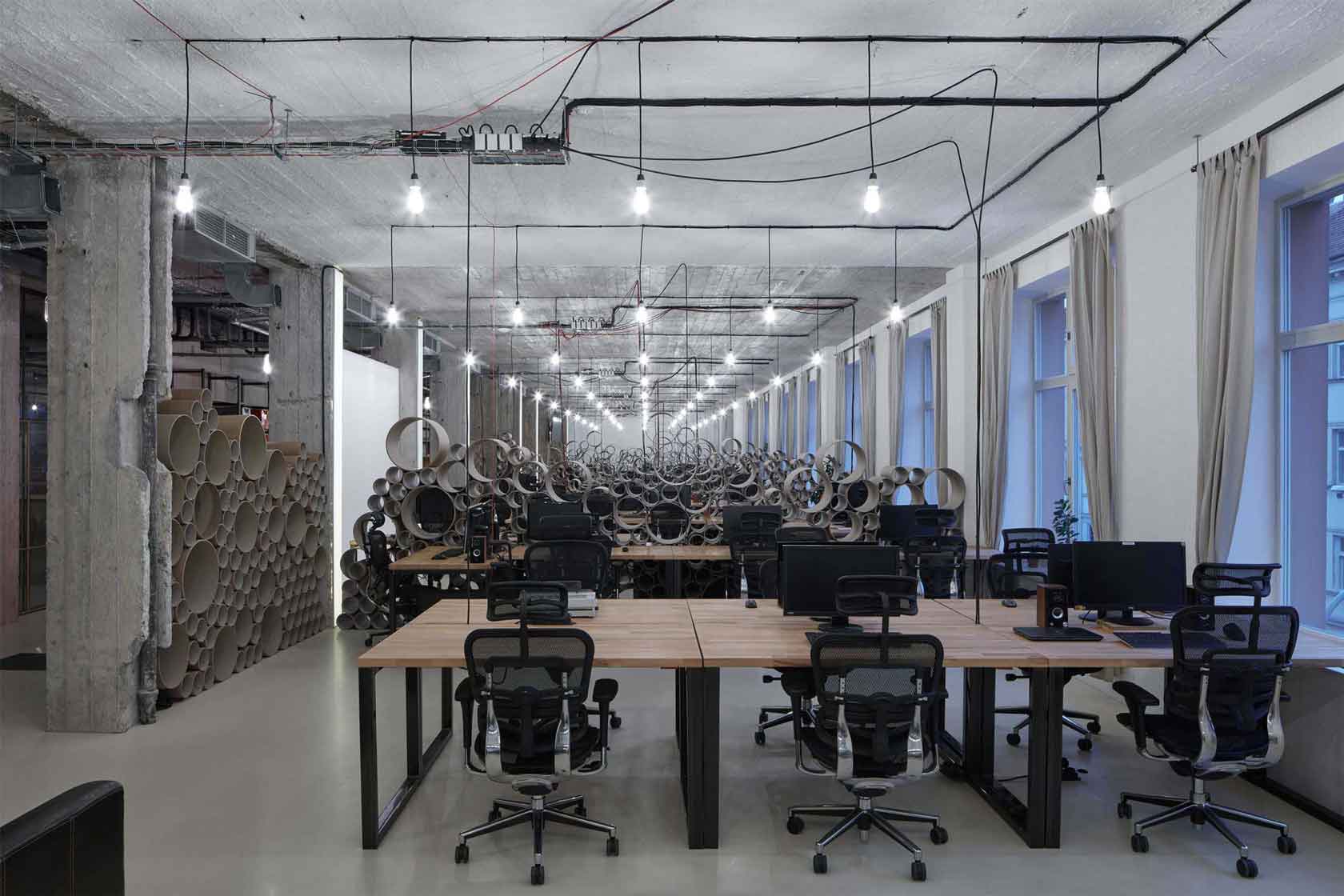 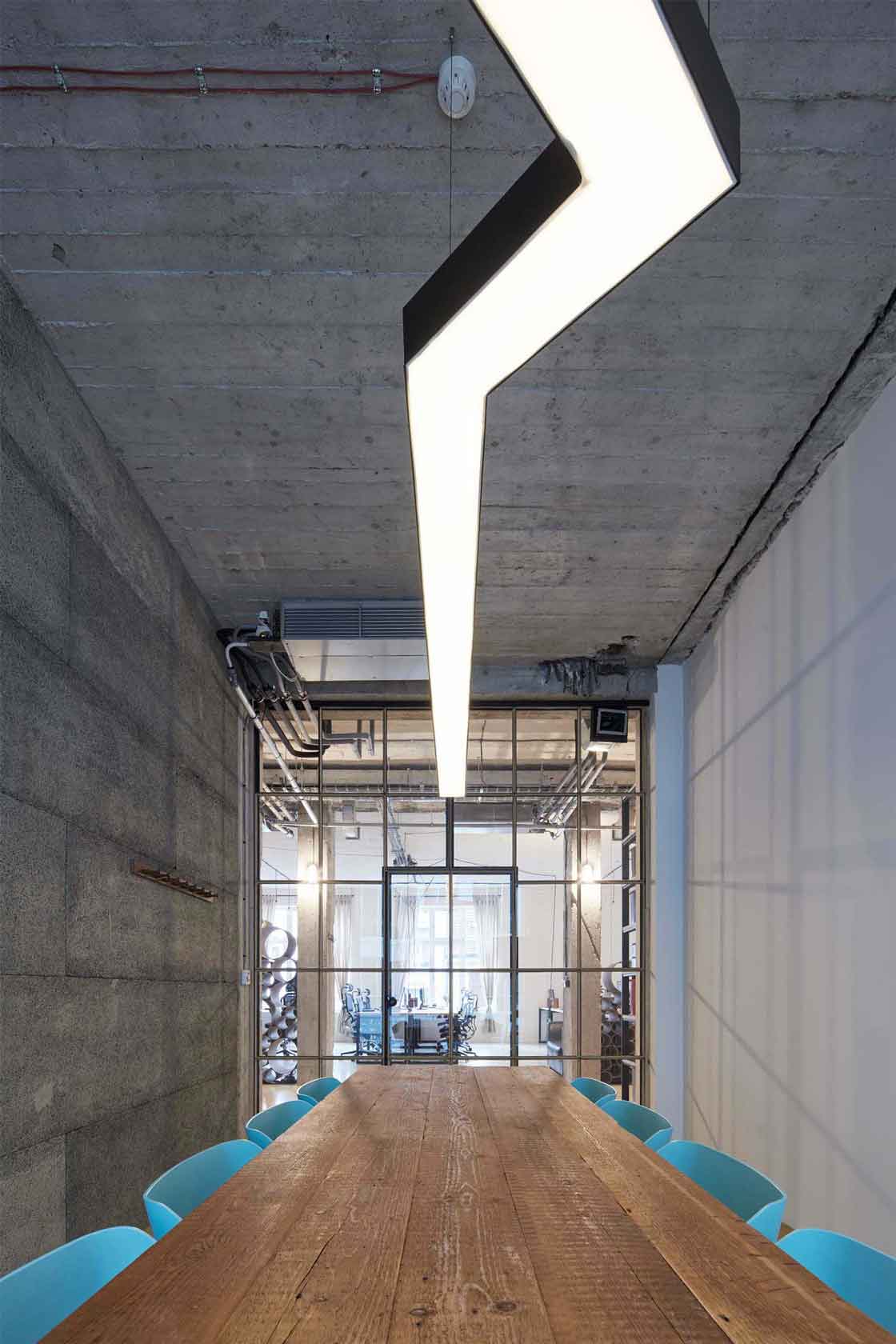 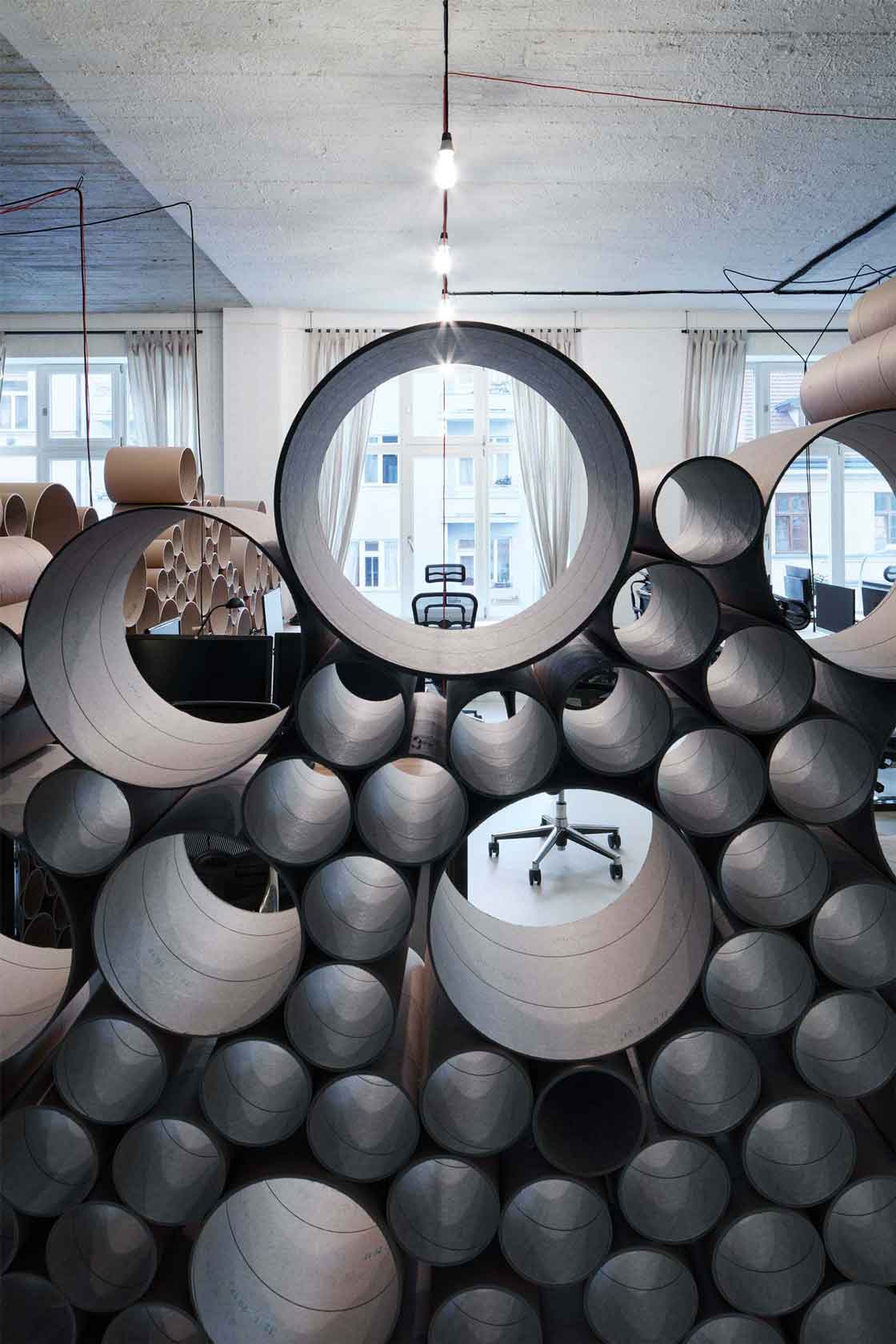 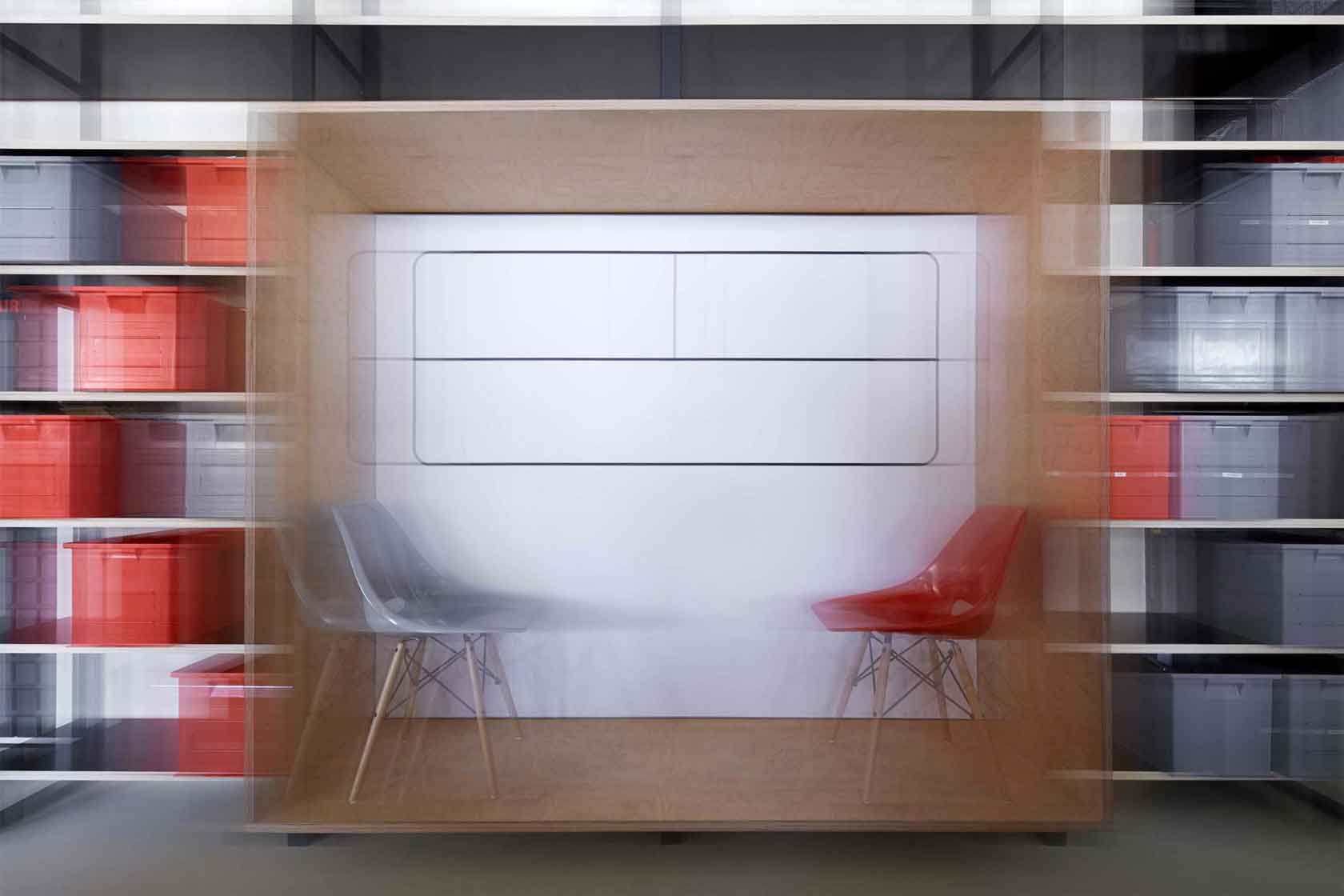 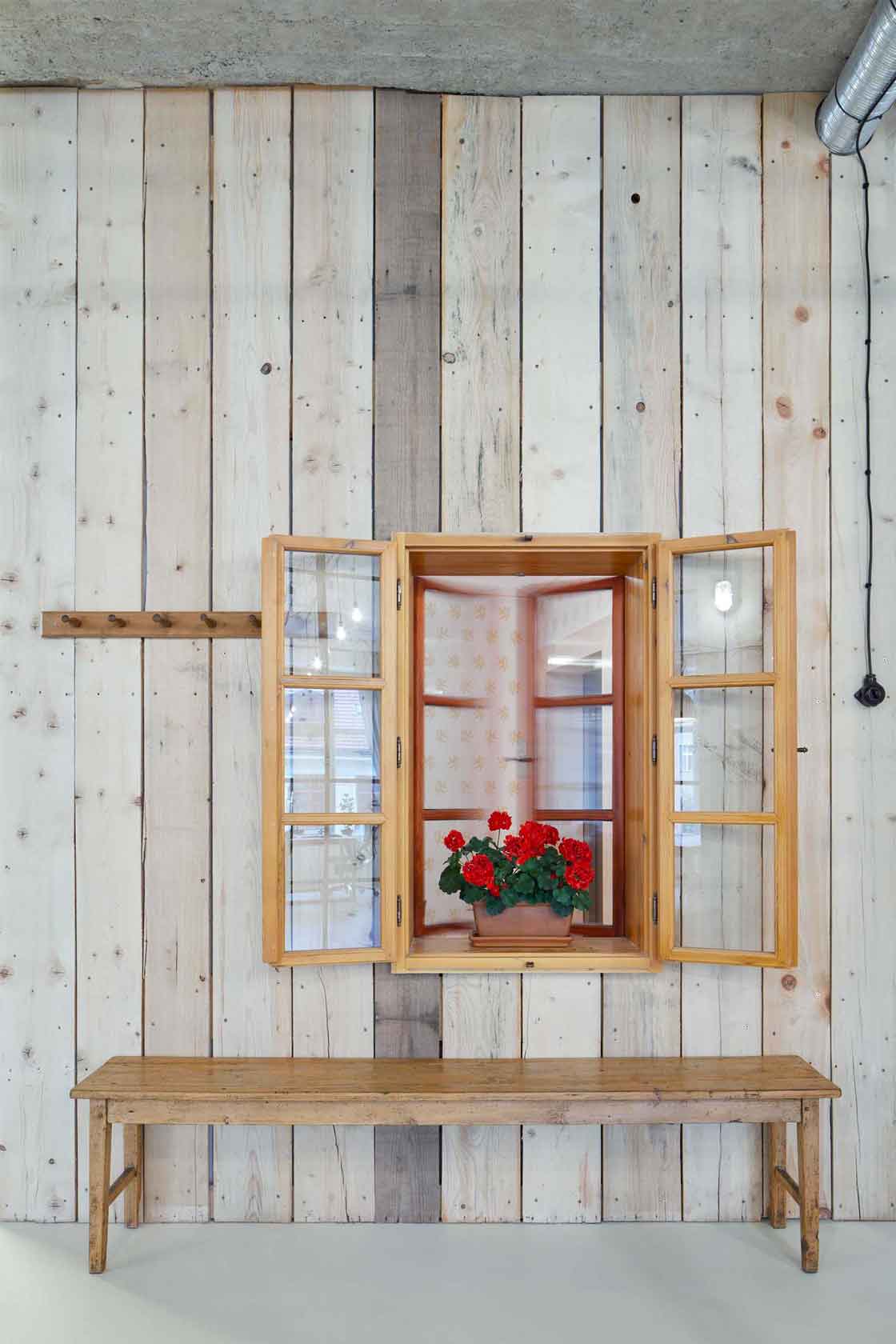 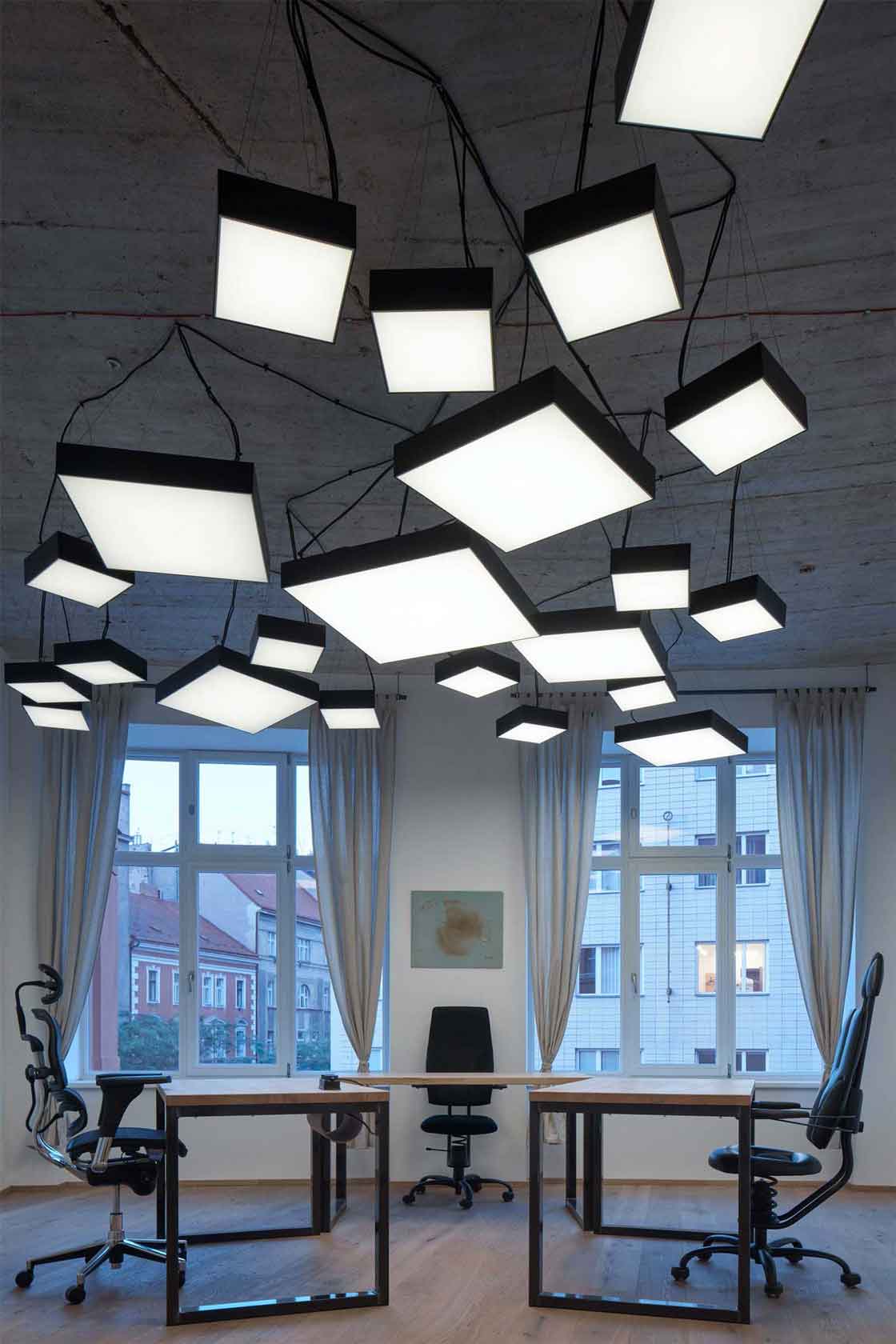 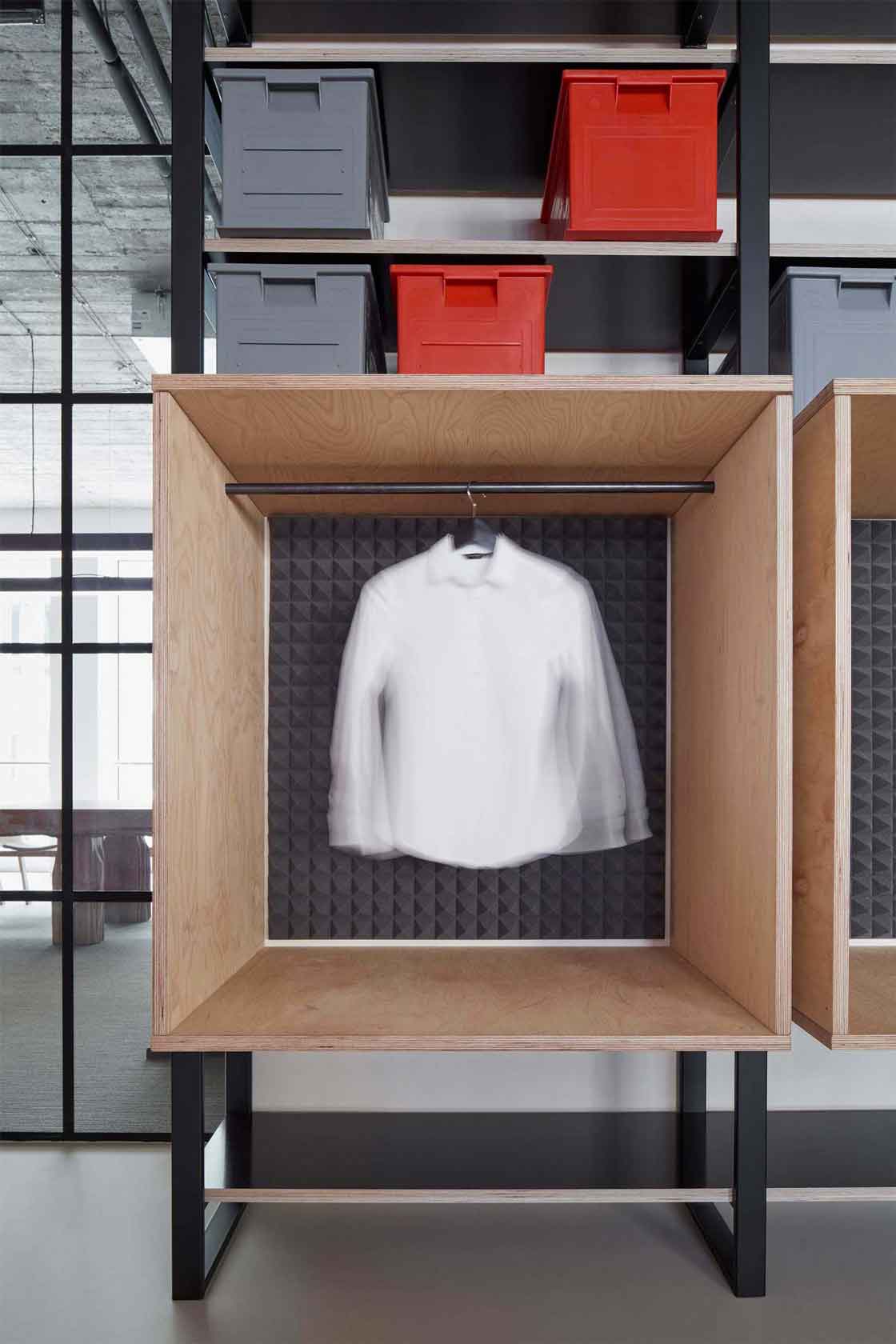 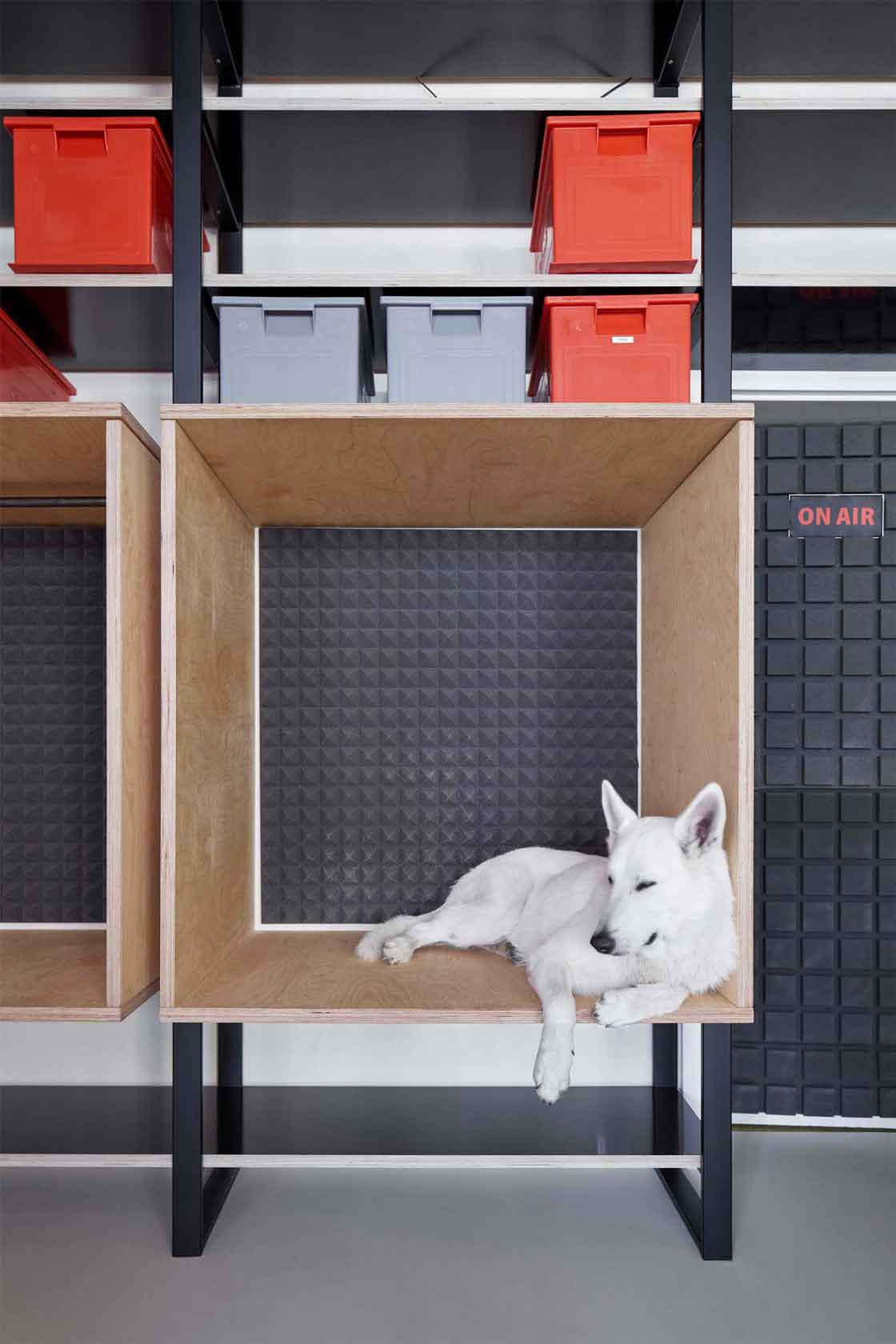 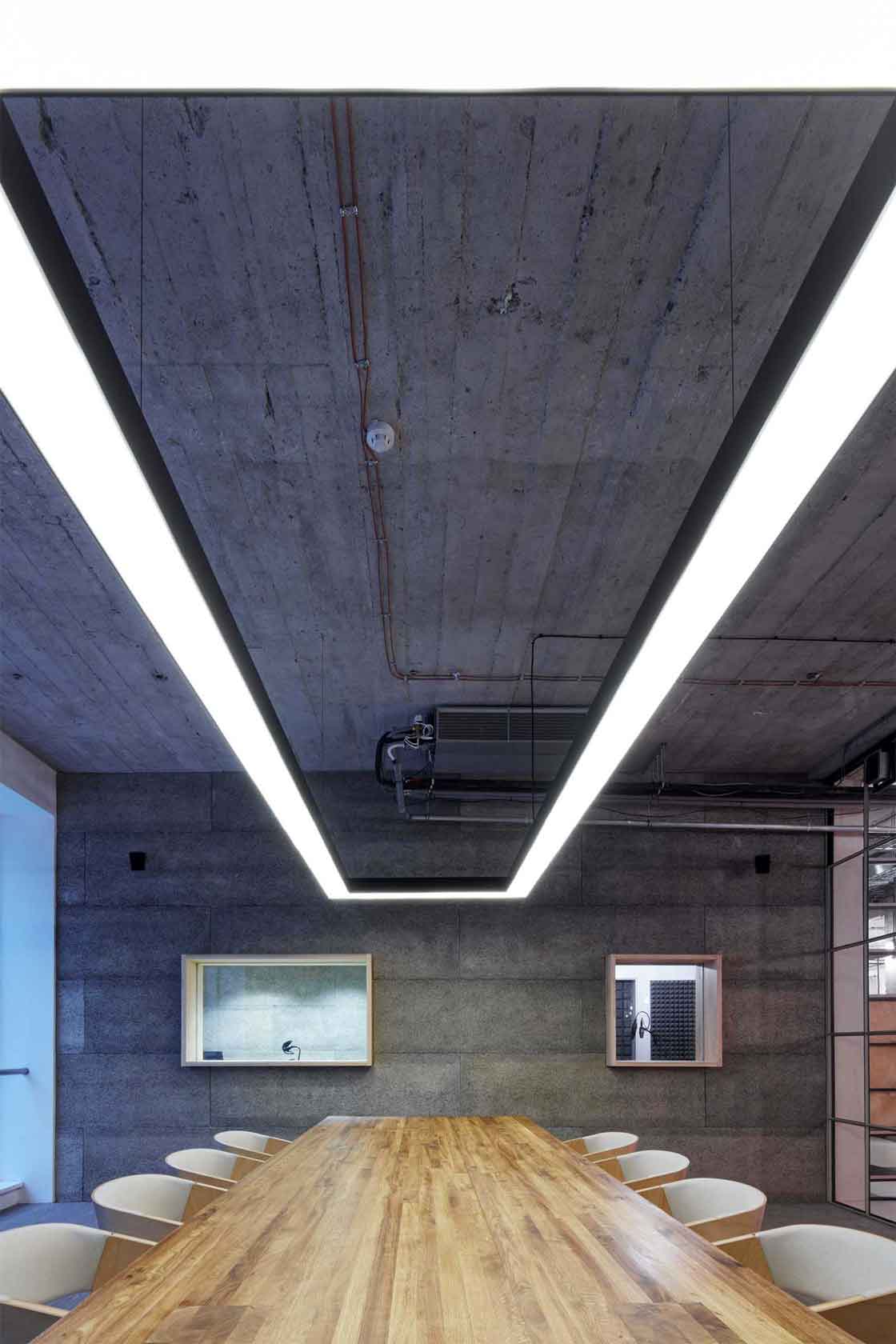 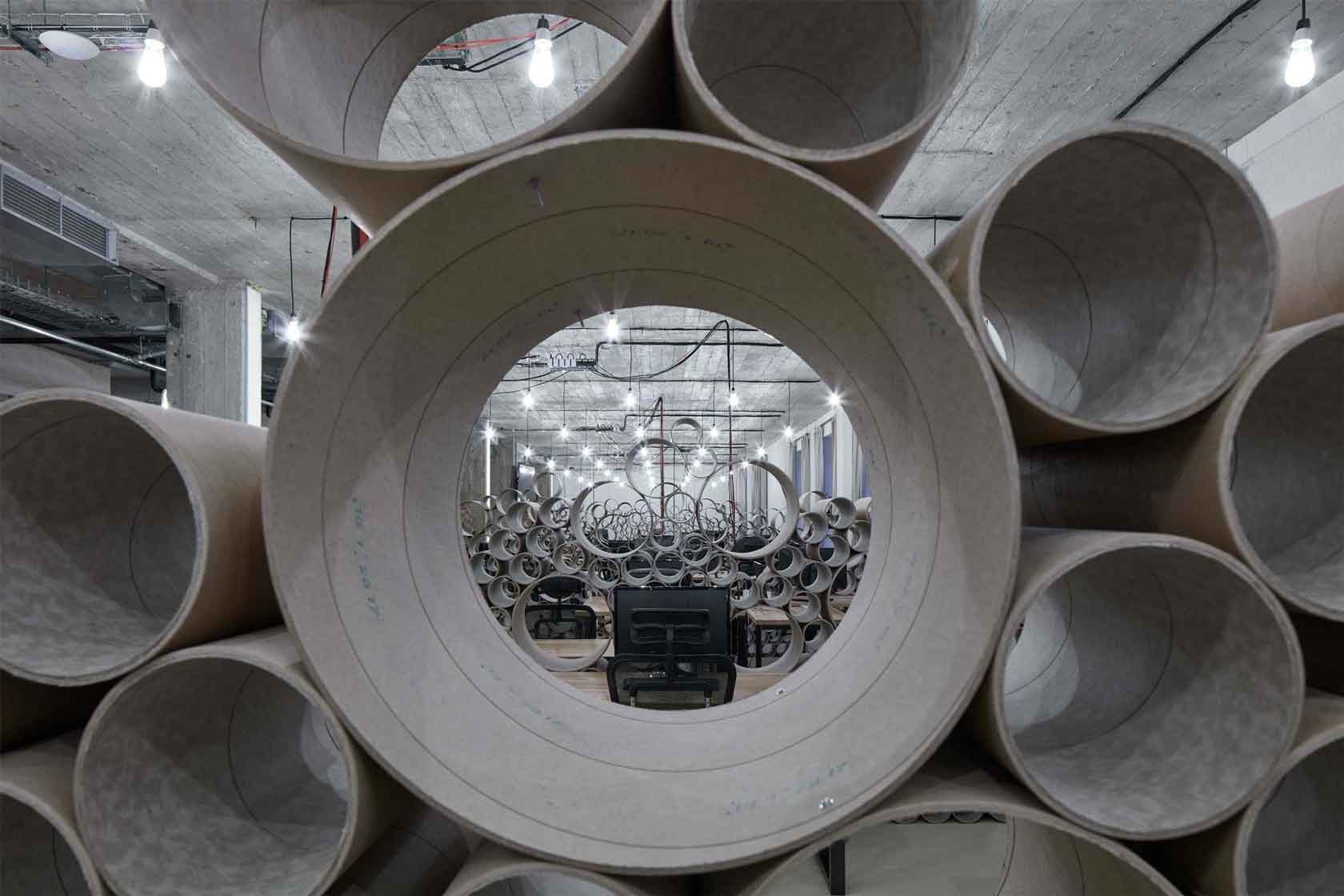 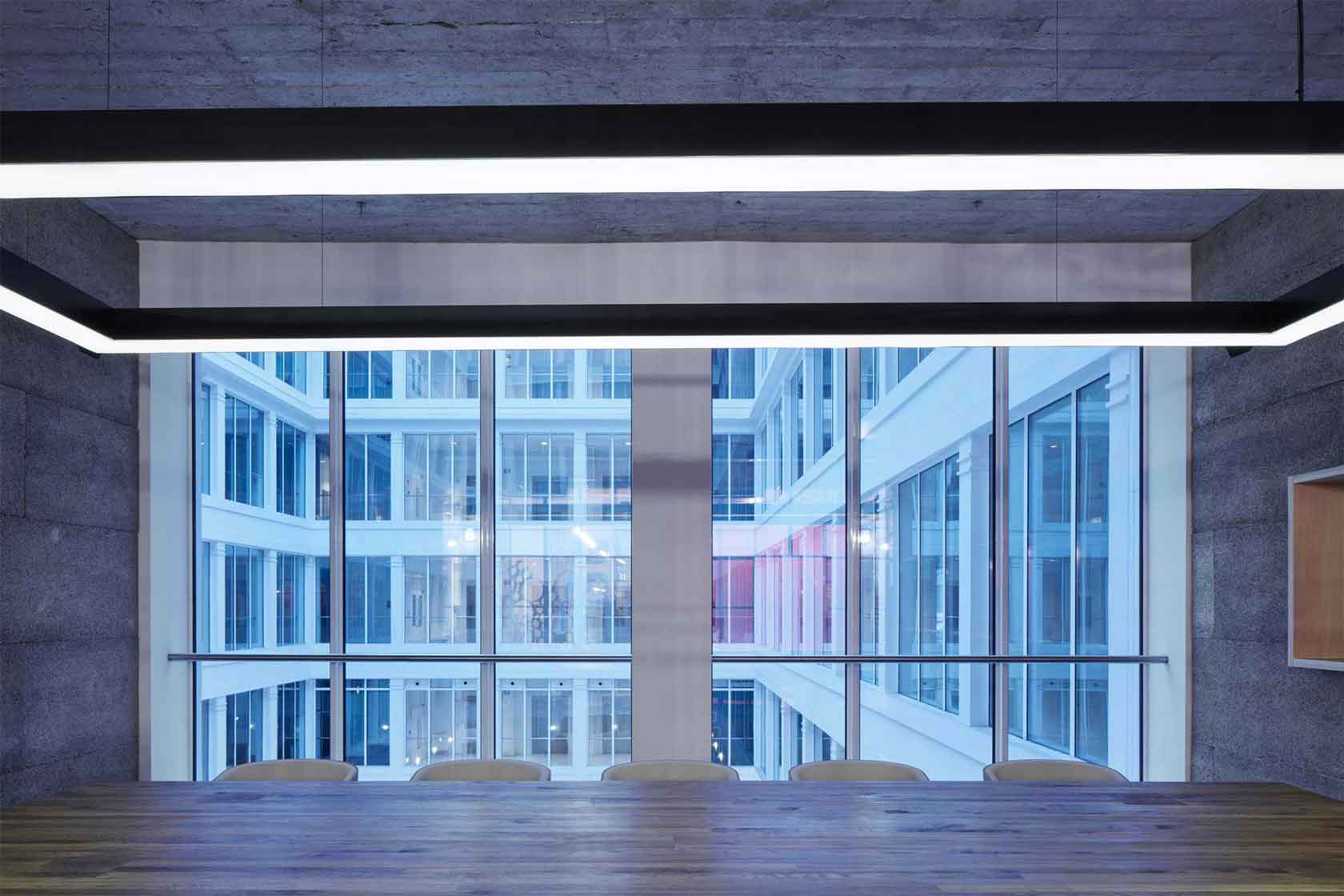 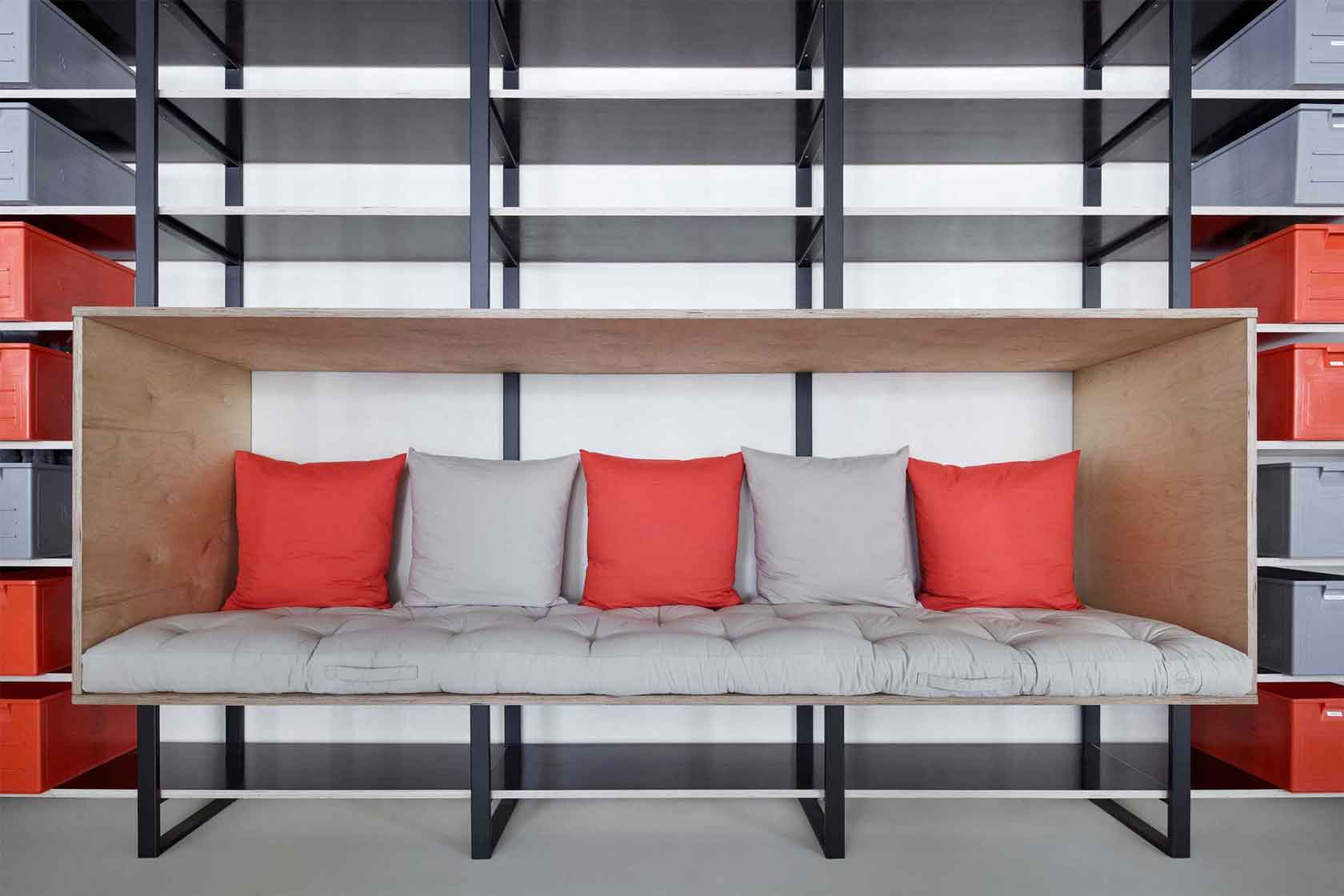 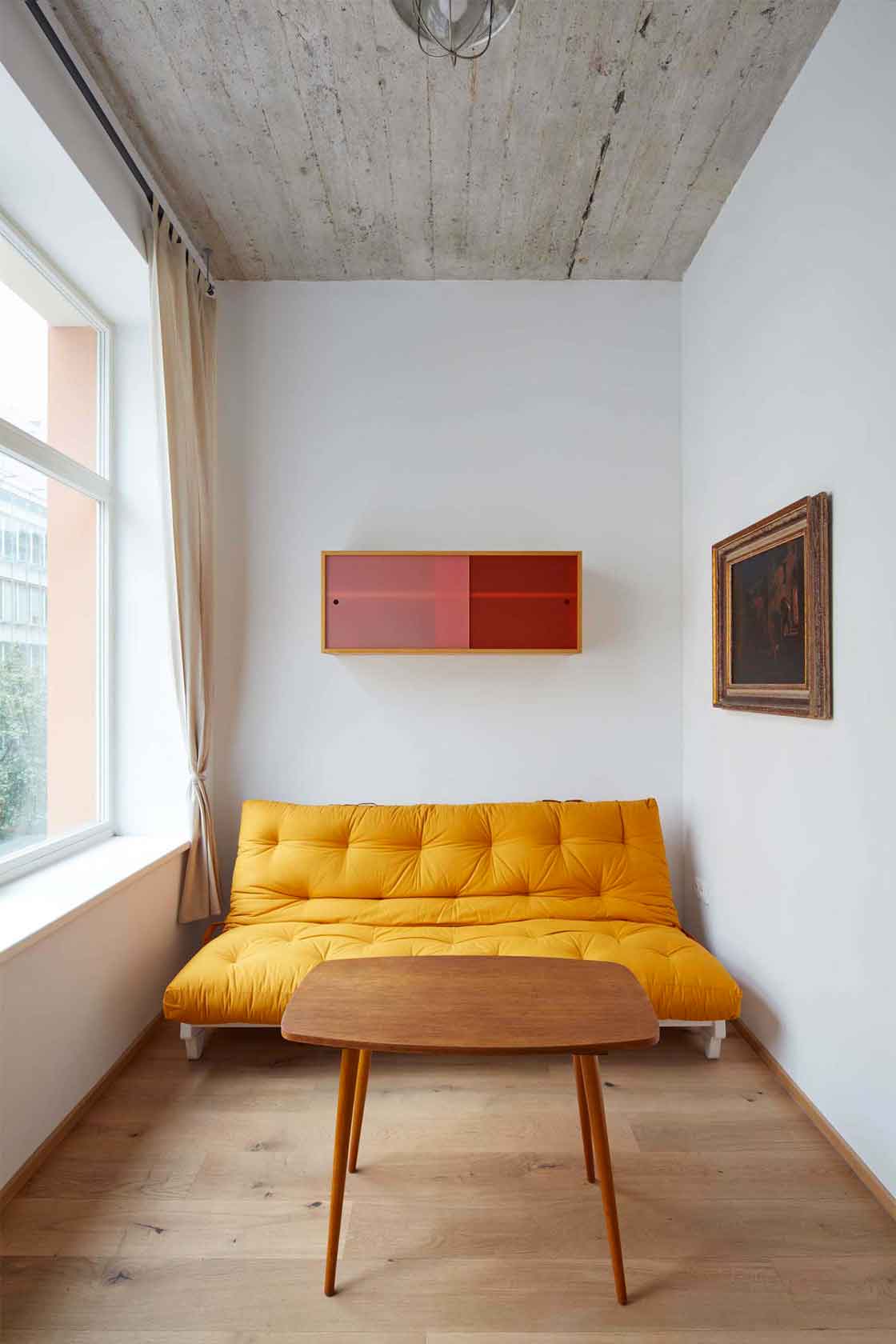 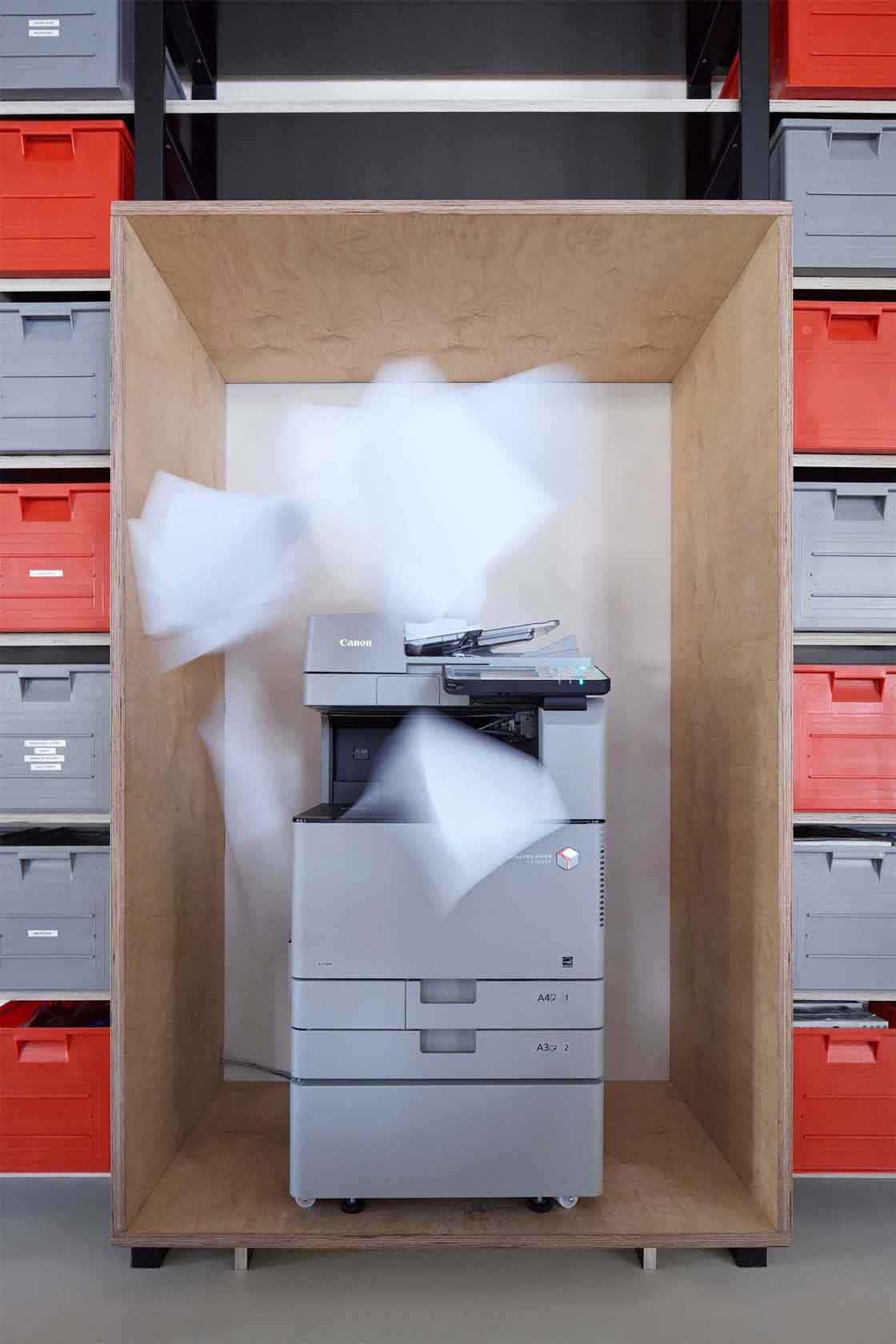 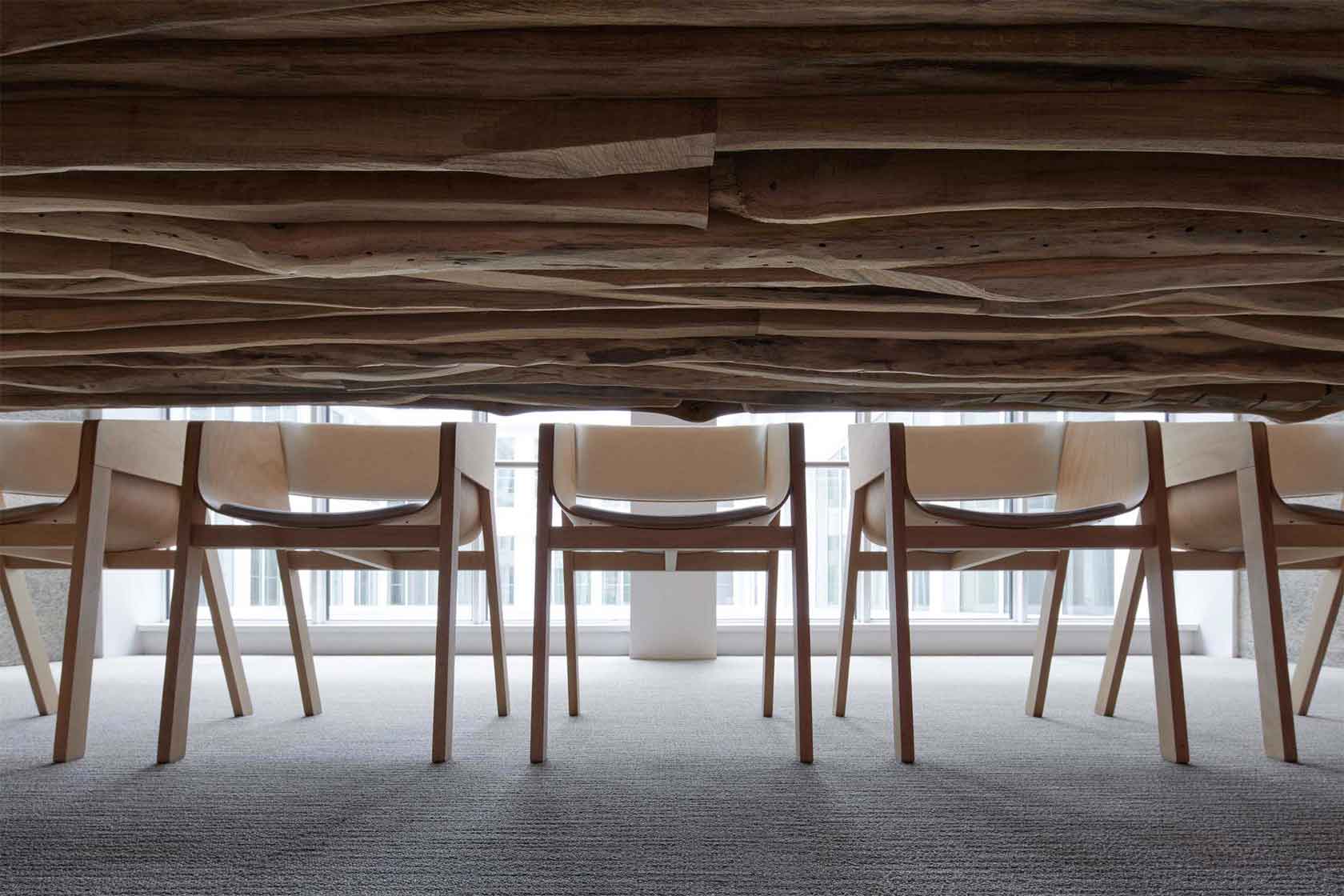 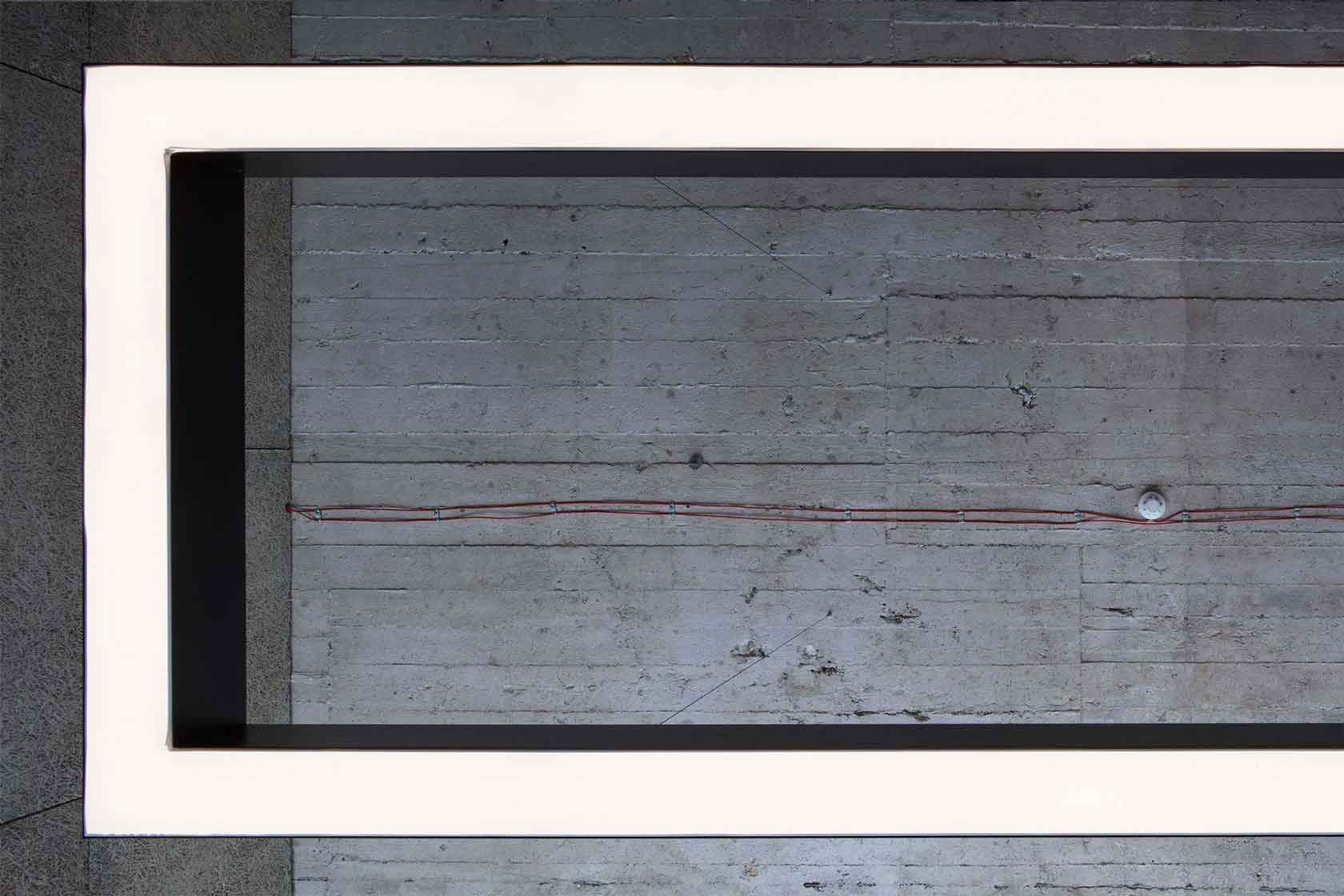